WELCOME TO NCM'S UP TO SPEED BLOG 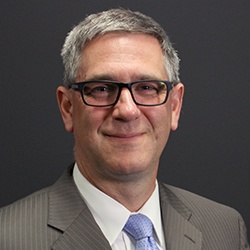 Think back to the first time that you met someone new. How did you initially judge them? I will bet the very first judgment would have been on appearance. Most of us can’t help it, it's just human nature. Once you take the time to get to know somebody, we often change from judging them from their appearance to judging them by their personality. This is a much better way to build a relationship. Unfortunately, too often we don't make it past the initial appearance judgement and never give ourselves the chance to get to know the individual and their true personality.

Customers judge businesses the same way. Before they get to know you as the business that you truly are, they judge you by the appearance of your lot, facility, and product. This judgement could be from driving by at highway speeds from several hundred yards away, it could be from driving by in front of the dealership at city speeds, or it could be where they've pulled into your lot and are making their initial walk through your inventory. So, if physical appearance plays such an important role on how people initially perceive anything that is new to them, what thought have you put into your appearance?

Summertime is here, warm weather and sunshine abound in most places. COVID restrictions have been lifted, or at the very least eased, and people are out shopping in person again. They are excited to get offline and interact with people and products. With this shift in consumer behavior comes an opportunity for us to capitalize on. So, it’s time to take a critical look at our appearance and see if we can make their first judgement a positive one.

I fully understand that low inventory levels are making lot display very difficult, but it’s not only about new vehicles. We must think about what else can we control:

Last year, I was talking to a dealer about lot appearance. He said “you know how some lots just look better than others? It’s kind of imperceptible, but when you drive up it just feels different and you don’t really know why.” He went on to explain that it is the little things that go unnoticed until you pay close attention. We just get blind to them in our daily routine. We all know the feeling, and so do our customers.

Since our lot is unfamiliar to our customers, they pay close attention when they arrive. They judge everything around them, including many things that we may have overlooked or have grown blind to. Competition is fierce and even a slight advantage in a customer’s initial judgement can be the difference in gaining a customer or losing one. We must take a hard look through the eyes of a customer and upgrade the initial impression we make with them. Whether you have lots of inventory, the ideal amount of inventory, or virtually no inventory, we should have a plan to still make the best first impression possible. Take the time and effort to make that great first impression!